“2001: A Space Odyssey” (1968): “I just felt this extraordinary experience of being taken to another world,” Nolan said. “You didn’t doubt this world for an instant. It had a larger than life quality.”

“Alien” (1979): “The director I have always been a huge fan of… Ridley Scott and certainly when I was a kid. ‘Alien,’ ‘Blade Runner’ just blew me away because they created these extraordinary worlds that were just completely immersive.”

“All Quiet On The Western Front” (1930): “‘All Quiet on the Western Front’ said it first and best: war dehumanizes. Revisiting that masterpiece, it is hard to disagree that the intensity and horror have never been bettered. For me, the film demonstrates the power of resisting the convention of finding meaning and logic in individual fate.”

“Bad Timing” (1980): “Nic Roeg’s films are known for their structural innovation, but it’s great to be able to see them in a form that also shows off their photographic excellence.”

“The Battle Of Algiers” (1965): “a timeless and affecting verité narrative, which forces empathy with its characters in the least theatrical manner imaginable. We care about the people in the film simply because we feel immersed in their reality and the odds they face.”

“First Man” (2018): “It’s a masterfully staged re-creation of the space program with utterly compelling physical detail and layers of cinematic immersion that command credence and ensure that the radical and intensively subjective nature of Chazelle’s point-of-view comes as a gradually unveiled shock.”

“For All Mankind” (1989): “an incredible document of man’s greatest endeavor.”

“Foreign Correspondent” (1940): “No examination of cinematic suspense and visual storytelling would be complete without Hitchcock, and his technical virtuosity in ‘Foreign Correspondent’’s portrayal of the downing of a plane at sea provided inspiration for much of what we attempted in ‘Dunkirk.’”

“The Hit” (1984): “Few films have gambled as much on a simple portrayal of the dynamics between desperate men,”.

“Koyaanisqatsi” (1983): “An incredible document of how man’s greatest endeavors have unsettling consequences,” Nolan told Criterion about Godfrey Reggio’s 1982 experimental documentary. “Art, not propaganda, emotional, not didactic; it doesn’t tell you what to think — it tells you what to think about.”

“Merry Christmas Mr. Lawrence ” (1983): “few films have been able to capture David Bowie’s charisma, but Oshima’s wartime drama is tailor-made for his talents.”

“Metropolis” (1927): “key touchstone” in the history of cinema. The effects of Lang’s expressionistic cinematographer and character design continue to ripple into cinema today and inspire a wide array of different directors across genres.

“The Right Stuff” (1983): “You can’t pretend ‘2001’ doesn’t exist when you’re making ‘Interstellar,’ but the other film I’d have to point to is ‘The Right Stuff. I screened a print of it for the crew before we started, because that’s a film that not enough people have seen on the big screen. It’s an almost perfectly made film. It’s one of the great American movies and people don’t quite realize how great it is — probably because it’s four hours long!”

“Saving Private Ryan” (1998): “The film has lost none of its power. It’s a truly horrific opening, and there are later sequences that are horrible to sit through. We didn’t want to compete with that because it is such an achievement.”

“Ryan’s Daughter” (1970): “thrilling windswept beaches and crashing waves…The relationship of geographical spectacle to narrative and thematic drive in these works is extraordinary and inspiring. Pure cinema.”

“Star Wars” (1977)
Like many of his generation’s filmmakers, “Star Wars” changed everything for Nolan and drove him towards filmmaking as a young child. “That came out in the ’70s and I’d been experimenting using Super 8 films and stuff,” Nolan told Business Insider. “And then from the second I saw ‘Star Wars’ everything was spaceships and science-fiction.”

“Street of Crocodiles” (1986): “As soon as you see an image from that film you can’t take your eyes away. It has some of the most extraordinary things that have ever been photographed.”

“The Testament of Dr. Mabuse” (1933): “essential research for anyone attempting to write a supervillain.” 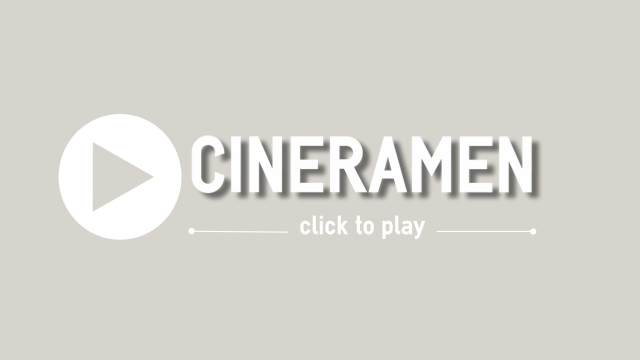